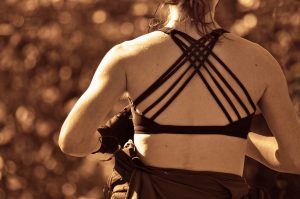 Well, here I go again, touting the benefits of exercise. But, I have to tell you that, as a Santa Clara Chiropractor, over the years I’ve adjusted the spines of people who exercise regularly and people who don’t. The differences in the strength, function, and overall health, not only of their musculoskeletal systems but in the healthy function of all the systems of the body, is dramatic. For this reason, I’m passing along the results of yet another study on the benefits of exercise.

New research at Mid Sweden University and the Karolinska Institue found that the maximum capacity for oxygen uptake is twice as great among active senior men compared with men who do not exercise. (Twice as much oxygen intake!) “The high values for maximum oxygen-uptake capacity that we have measured have never been reported before in a population of men of advanced age,” says Per Tesch, professor of sports science who led the study of seniors who are still active skiers. (Some of Sweden’s skiing icons, some now more than 90 years old, took part!)

The conclusion of this study is that “humans have a great potential to maintain a high level of physical work capacity and, thereby, a better quality of life even at advanced ages.” The study is part of a larger collaborative project whose ultimate purpose is to study how musculature, the circulatory apparatus, and performance are affected by lifelong exercising well into senior years.

So, there you have it… One more good reason to get your body moving and to keep going no matter what your age!

Call Us Text Us